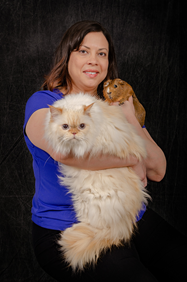 Dr. Steineker grew up in Wichita, Kansas. She is a graduate from Kapaun Mt. Carmel High School. As a teenager, her first pets included a rabbit and guinea pig. Dr. Steineker became frustrated by the lack of information regarding veterinary medicine for pocket pets at that time; she then decided to become a veterinarian in order to gain as much medical knowledge for her pets as possible. As time passed, cats and dogs were added to her family and interests in other types of animal medicine were sparked. She graduated from Kansas State University College of Veterinary Medicine in 2010. Her first job at home in Wichita was at Arapahoe Veterinary clinic. Recently, Dr. Steineker provided relief work for veterinarians in the Wichita and Newton areas.

Dr. Steineker is committed to caring for patients like she would want her own pets treated, and eagerly communicates options with clients so they make informed decisions regarding their pets’ care. Her goal is to identify medical issues, then aid clients in developing an appropriate and feasible action plan.

Dr. Steineker and husband, Charlie, have been married for 13 years; their pets include Peyton, a Labrador; Aslan, a Persian cat; Chancey Moe, a guinea pig; and 2 rabbits named Jordan and Lauren. Her hobbies include reading, cake decorating, and cooking. 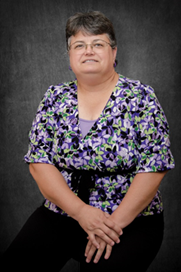 Lynde Murry-Wright grew up on a farm near Emporia, Kansas, after returning to the United States from Papua New Guinea, where her parents had been missionaries. She graduated Magna Cum Laude from Mid-America Nazarene College in Olathe, Kansas with a double major in Biology and Chemistry. After getting married, she moved to Lincoln, Nebraska. She worked in the laboratory of the area’s trauma hospital for almost ten years, when she felt the need for a change of direction due to getting a divorce. She started working at Belmont Veterinary Clinic and returned to college at University of Nebraska-Lincoln so she could apply to veterinary school. She was accepted to Kansas State University College of Veterinary Medicine and graduated with honors in 2004. She accepted an associate’s position at High Plains Animal Hospital in Borger, Texas and lived there for five years until the declining health of her parents made it necessary for her to move back to Kansas. She moved in with her mother following the death of her father and has been doing relief veterinary work in the Wichita area since 2010. She has five cats, the oldest of which is 17 years old. She enjoys quilting, working in her flower beds, and square dancing.